In December 2013 I decided to change the format of my Climbing CV.

Whilst it is probably impossible to avoid this, I have decided to create two separate lists: one for those interested exclusively in numbers and one featuring something with a bit more colour and vibrancy.

Something with a little more character

Here’s a list of the my Top 5 influences as a climber: 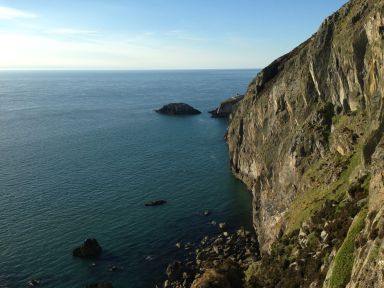 I enjoy every aspect of climbing, but the satisfaction I gain from climbing on sea cliffs is unequaled by any other style or genre.

Favourite Routes: Any E5 on Main Cliff Gogarth, any route down Huntman’s Leap, and also – whist we’re keeping it nice and broad – any route I have ever climbed in the Outer Hebrides (Pabbay, Mingulay and Lewis).

Routes I’d like to do: Conan the Librarian, Gogarth

Places I’d like to go: Deep Water Soloing in Mallorca

Whilst I enjoy climbing pure ice, the movement and technicality of Scottish Mixed holds greater appeal. With all our peculiar ethics regarding rime, routes that would ordinarily be straight forward are rendered into life-changing experiences – how lucky we are…

Favourite Routes: Sticil Face and Citadel on the Shelterstone, any route in Torridon or Lochnagar.

Routes I’d like to do: The Godfather, Bienn Bhann

Places I’d like to go: Anywhere I haven’t been before in Torridon/the North West Highlands

I dreamed of climbing in the Yosemite Valley for many years. I like climbing, I like camping, and the idea of combining the two on a vertical wall appealed greatly.

Routes I’d like to do: Astroman, West Face of El Cap, Separate Reality

Climbing longer routes in the Alps seemed like the obvious progression from everything that I had been doing in Scotland. Combined with my experiences running ultra-distance events such as the OMM and the Paddy Buckley Round, I found it drew upon all that I had learnt to date.

Favourite Routes: 1938 Route on the North Face of the Eiger, Croz Spur on the Grandes Jorasses and the Brandler-Hasse on Cime Grande.

Routes I’d like to do: Any of the Mixed routes on Point Lachanel

Places I’d like to go: Whilst not the most adventurous answer, I would probably say back to Chamonix – there’s so much there I’d like to do!

Whilst my time spent in the Greater Ranges is limited, it has taught me a lot.

Favourite Routes: I’m going to leave this blank, partly due to the fact that I haven’t done that many routes and also because it isn’t the doing that is the important part when so many emotions and experiences can take place prior to even getting to the route.